This lemon is called Volkamer Lemon. They are a cross between a lemon and sour orange, having a low acidic content. it is a hybrid of a mandarin orange (C. reticulata) and a citron (C. medica), with the citron being the pollen parent and the mandarin being the seed parent. The fruit is moderately large (around the size of an orange), seedy, round and slightly elongated, and yellow-orange in color. The flavor is not as unpleasant as one might expect.

It likely originated in Italy and is most widely grown in the United States and Europe, and to a smaller extent in eastern Asia. It has been cultivated for three centuries and is used as a rootstock for other Citrus cultivars because of its resistance to many diseases that affect members of the genus Citrus

This lemon is very juicy and sour. One lemon squeezed out got around half of the cup. One spoon can make one cup of lemon juice. You can adjust the sour with how much lemon juice you put in. If you add honey, then it becomes honey lemon juice. Some customers who use this lemon cook for Thai food say it is very delicious because the taste is better than the normal lemon.

Lemons are rich in vitamin C, that’s why their juice has been used as a treatment for an illness called scurvy. Vitamin C is also good in preventing common colds and flu, vertigo, or a ringing noise inside the ear and it plays an important role in boosting your immunity.

Call us for Reserve Now

One thought on “Volkamer Lemon” 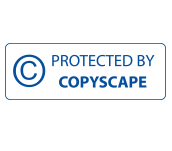